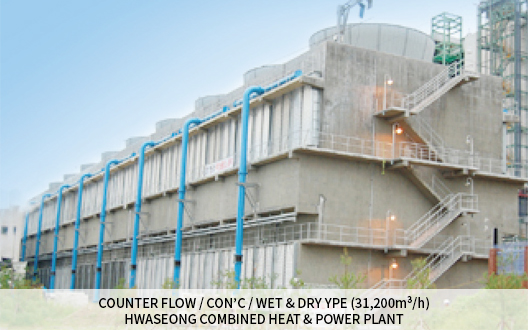 The use of nozzles are designed to distribute water evenly without clogging. And its’  cone shaped water distribution ensures excellent cooling performance in any environment.

Concrete, FRP, steel, wood and other materials can be used in building the cooling tower systems.

To minimize air recirculation, the distance between the air inlet and the discharge cylinder is maintained at a precisely calculated distance.