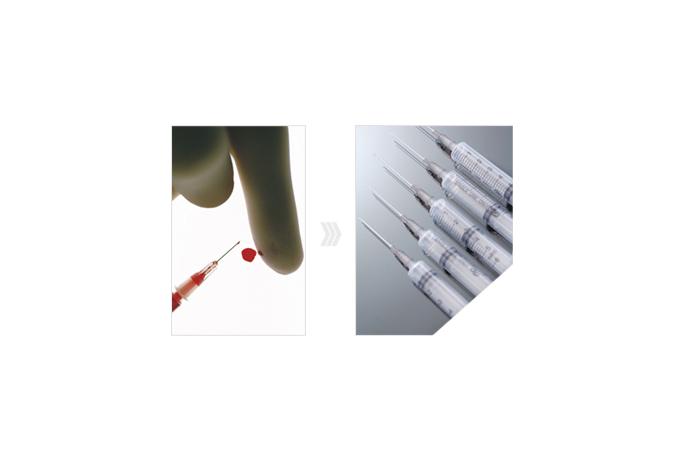 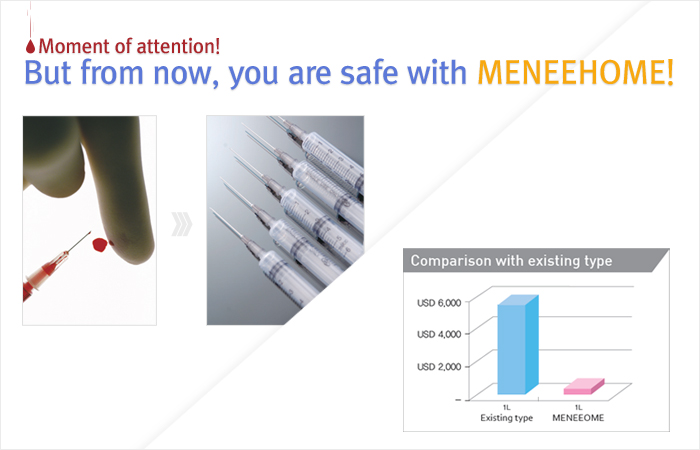 There were 5.4 cases per every 100 hospitals in average

- There were total 1085 accidents of needle piercing reported during six months from September, 2005 to May, 2006.

- The number of accidents reported in each hospital ranges from 10 to 200.

- When calculating them per every 100 hospitals, the annual average turned out to be 5.4.

- Nurses had an accident of needle piercing the most, consisting of 46% of the entire cases, while 32% happened on doctors.

- As for the place of an accident, 36% of ward, 21% of operation/recover room, 13% of intensive care unit, and 11% of emergency room. As for related operation, 32% of cases happened while collecting blood.

Influence of an Accident of Needle Piercing

- An accident of needle piercing affects on employees one way or another.

- Psychological stress follows including fear for the risk of contagion and anxiety of performing precautionary measure.

- In addition, a loss of work hours is occurred due to various inspection, injection, and diagnosis to prevent hematogenous infectious diseases.

- In case of using vacation and medical leaves due to diseases, temporal loss is also incurred.

- Expenses for various inspections and injection of medicine for prevention of infection and medical treatment followed by an occurrence of diseases are also a significant economical influence.

- Prevention of an accident of needle piercing

- Prevention of secondary contagion due to blood transfused syringe
A complete sterilization is available by melting contaminated needles by contagious pathogens including MRSA, HIV, Hepatitis B/C, AID, and etc. Such a new technology is already adopted as the most efficient method to prevent secondary contagion among experts in the field of medication and health care workers in advanced countries. Especially, used syringe needles have to be disposed by classifying them as hazardous wastes according to relevant processing law of medication. However, most of domestic firms processing extracted materials do not separate collection but incinerate them all at the same time. For those of syringe needles not being able to be completely incinerated, they are reclaimed underneath the ground and contaminate environment.