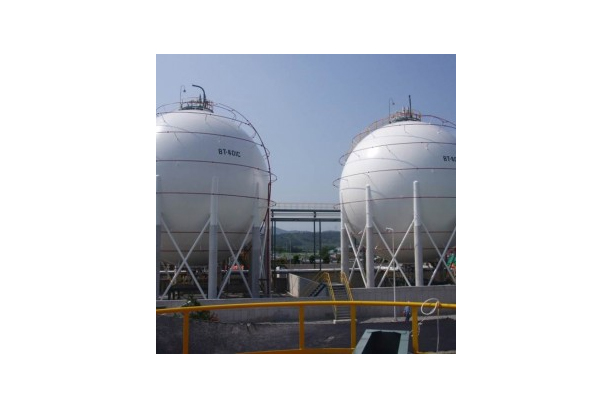 Storage tanks are containers that hold liquids, compressed gases (gas tank) or mediums used for the short- or long-term storage of heat or cold.[1] The term can be used for reservoirs (artificial lakes and ponds), and for manufactured containers. The usage of the word tank for reservoirs is uncommon in American English but is moderately common in British English. In other countries, the term tends to refer only to artificial containers.

In the USA, storage tanks operate under no (or very little) pressure, distinguishing them from pressure vessels. Storage tanks are often cylindrical in shape, perpendicular to the ground with flat bottoms, and a fixed or floating roof. There are usually many environmental regulations applied to the design and operation of storage tanks, often depending on the nature of the fluid contained within. Above ground storage tanks (AST) differ from underground (UST) storage tanks in the kinds of regulations that are applied.

Reservoirs can be covered, in which case they may be called covered or underground storage tanks or reservoirs. Covered water tanks are common in urban areas.

Storage tanks are available in many shapes: vertical and horizontal cylindrical; open top and closed top; flat bottom, cone bottom, slope bottom and dish bottom. Large tanks tend to be vertical cylindrical, or to have rounded corners transition from vertical side wall to bottom profile, to easier withstand hydraulic hydrostatically induced pressure of contained liquid. Most container tanks for handling liquids during transportation are designed to handle varying degrees of pressure.

A large storage tank is sometimes mounted on a lorry (truck) or on an articulated lorry trailer, which is then called a tanker.

From Wikipedia, the free encyclopedia 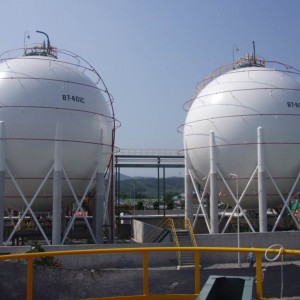 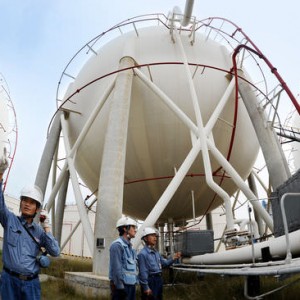