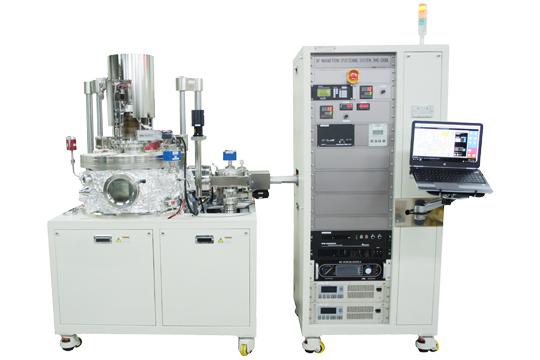 (substrate). Atoms and ions of a given material are made to collide. The resulting

off collision cascades in the target. This activity drives the sputtering process. When

binding energy, and atom can be ejected. If the target is thin on an atomic scale the

surface binding energy in transmission. The average number of atoms ejected from the

angle, the energy of the ion, the masses of the ion and target atoms, and the surface

binding energy of atoms in the target.

Permits independent control over the energy and the current density of the bombarding ions.

Even with targets of same diameter as substrate.