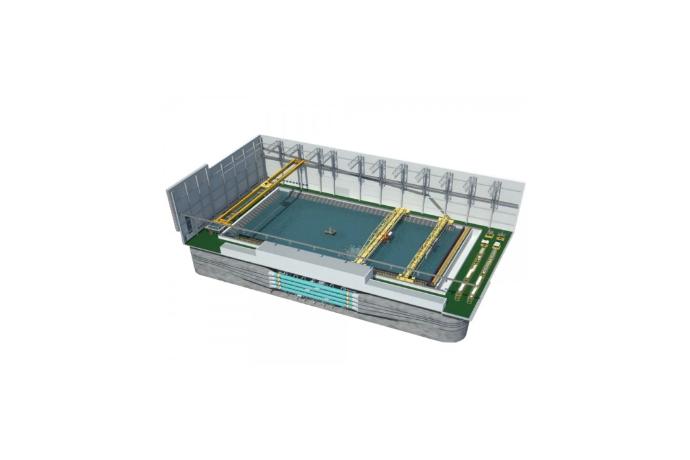 •A test facility to analyze cavitation in ship propellers (second largest in the world)
•A massive research facility capable of verifying cavitation performance and testing by installing a model ship and a model propeller on the observation area
•Used for developing high-efficiency, low-vibration, low-noise, and low-erosion ship technology
•Contributes to the development of high value-added ships and fleets in industries such as domestic marine shipbuilding and marine defense